As a young girl I always thought that when I grew up I would be a professional singer. I always had a vision of becoming someone everyone knew and adored. Since elementary school I have known that I would become someone people would recognize. I realized a few years ago that I wanted to become a professional model. 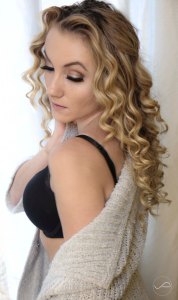 Although my height is uncommon for modeling I am modeling and making my vision a reality. However, during freshman year of high school something very tragic happened to me. I was diagnosed with having precancerous cells which, only a few months later, led to cancer. I became very sick and ended up having to be homeschooled throughout all 4 years of high school. I never dreamed something so terrible could happen to me. It was something I always saw in the movies, but never imagined I would experience it first hand.

I remember waking up everyday and being thankful for another day, another breathe, and another moment with my mom. Once I got better I decided that maybe college would be a good thing for me. I though it would be good to meet people, and to make my mom proud.  However, after a week of college I realized my heart wasn’t there. 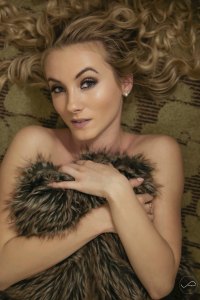 I caught myself thinking about modeling in class and decided to drop out of college. I also dropped my friends, my love life, and quit my job because if I was going to do this it was going to be all or nothing. I committed my life to modeling.  It was the only thing that made me happy anymore and it made me feel beautiful as if I was never sick and didn’t have health problems. Modeling has honestly saved my life. It’s all I think about.

Sometimes in life we are faced with challenges that help us realize where we are supposed to be in our life. It makes us stronger. I believe that everything happens for a reason and the reason behind my modeling, singing, and acting is so that I can became someone very important and inspire people as I had always dreamed of being.

I want to be able to help others because it’s hard making it on your own. I want to be someone people look up to and ask advice. I want to become a celebrity so I can donate my hard earned money to people who deserve it. Most of all I want to be different from all other celebrities by being someone that replies to her fans and, no matter what, goes out of her way to make things happen for others.  Eventually I plan on opening up my own petite modeling agencies for those who have struggled like me. 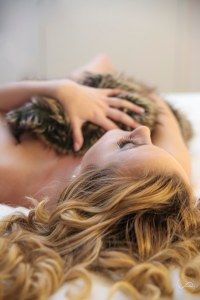 Everyone has a choice whether to make their dreams come true or not.  Some people choose not to because they fear that they will fail. I had and have nothing to lose and couldn’t be happier with my career choice. I know that good things will happen with hard work and patience and I will never give up. I wish the same for you.